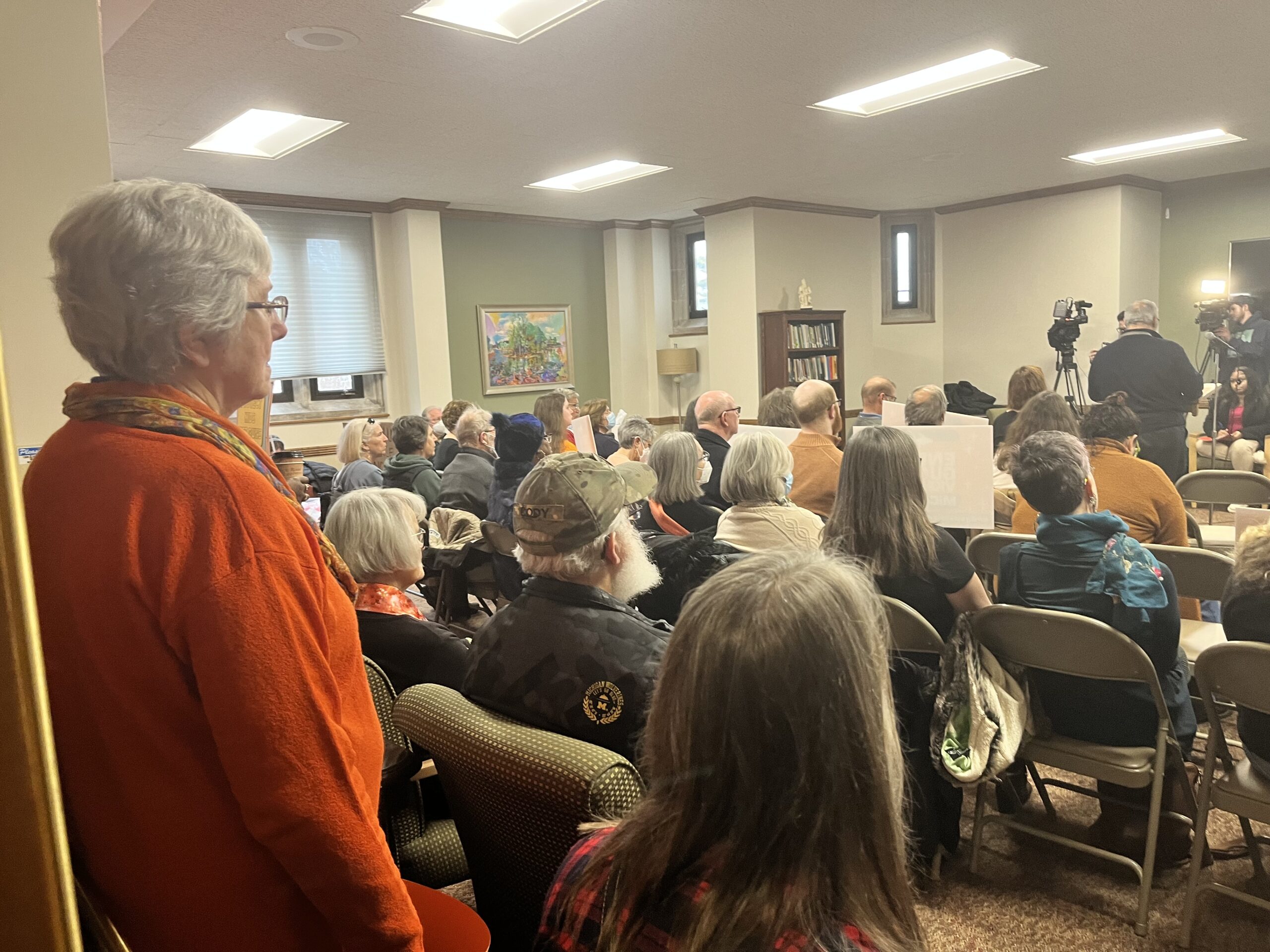 No matter what your political views are, there is no denying there is a huge problem with gun safety in our country. The End Gun Violence Conference aims to explain why and how these things happen. The aim of the conference was to create awareness for legislature to pass new anti-gun laws. No, no one is taking anyone’s guns away but rather these laws aim at preventing disasters from happening, there is a long way before we get to the point where gun violence is a non-issue.

End Gun Violence Michigan is a coalition of over 130 faith and secular leaders from across the state dedicated to reducing gun violence in our state.

Rev. Julie Kline started by talking about MLK and his views on nonviolence and the juxtaposition of how he in the end got struck down by that same violence he so loudly detested. The absurdity of that still lives on today, FUMC, moms demand action and the end gun violence Michigan conference are asking for new laws and more importantly a change.

Dr. Oreste Romeo discussed the long-term impact from gunshot injuries and how it affects the psyche of communities. He emphasized that this is not a political statement, but rather common sense. He also talked about the importance of correct ownership and how mass casualties take the spotlight, but multiple casualties are largely forgotten but remain a big issue in our state.

He also emphasized the trauma doctors can have when treating children and young adults. Specifically talking about High-velocity rounds that create very significant wounds, and even with intervention, it is almost impossible to return to normal life.

Dr. Bob Beck discussed how gun violence is as an actual health epidemic it affects more than just the victims. The issue is deeper than it may seem it affects doctors, children’s parents, and the community as a whole. He also explained gun violence is the #1 leading cause of death in children in America, over health conditions, car crashes, etc. We have a moral responsibility to call for health and safety.

Advocates of gun safety are not about taking away the 2nd amendment rights, it is about what we can do to ensure the safety of our communities. It is this generation’s responsibility, not the next, to take action now.

Link to the whole conference.